How much money do you need to make a successful movie?

The blockbusters like Titanic, The Lord of the Rings: The return of the King, Pirates of the Caribbean: Dead Man’s Chest brought the studios over one billion dollars worldwide. They were of course expensive movies to produce. However a big budget doesn’t guarantee a film’s success. A significant number of box office bombs have been released in last ten years.

Ideally, a film’s domestic box office revenue should exceed the production and marketing expenses. A film failing to recoup its costs at domestic market can still recover it by international distribution, TV sales, DVD, soundtrack CD, games and toys.
What makes movie successful? Cinema goers are usually young people. Most of them go to the cinema on a date. As a result, the theatrical release of film primarily depends on the tastes of teen audiences.

Different genres are subject to different standards of success. According to the list of Most Profitable Movies, Based on Absolute Profit on Worldwide Gross, the successful genres for high-budget films are Action, Adventure, Fantasy and Science Fiction. The highest grossing film series Harry Potter, James Bond, Star Wars grossed over 4 billion dollars for the total of films in each series. [2] Those genres require big budget for special effects, stunt work, expensive sets and costumes. Nevertheless, the series like Star Wars were produced on reasonably small budget.

A major studio, well known director and famous actors can greatly improve the chances of securing a good gross. Independent filmmakers, who can’t afford big stars, exploit film festivals as an opportunity to promote their films. [3]
In proportion to the list of Biggest Money Losers, Based on Absolute Loss on Worldwide Gross, the box office flops frequently have a decent gross that still can’t recover the film’s expenses. The Town & Country (2001) film budget was blown up because of different production mistakes. Production began when the script was not finished. The main actors left for another movie. It took a year to rewrite the script and get the cast back, so they had to pay the cast full salaries again. The movie was released nearly three years after production started. [4]

The Heaven's Gate (1980) director Michael Cimino had an ambitious vision for the film and pushed the film far over its planned budget ($44 M instead of $11,5 M). After the movie financially collapsed, they realized that the Western genre is not popular any more. [5] The Cutthroat Island (1995) failure discouraged the production of piracy-themed films, until the genre was recovered by Pirates of the Caribbean: The Curse of the Black Pearl (2003). [6]

The reason for a box office breakdown may also be the target audience. For example, the adaptation of L. Ron Hubbard novel – a science fiction film Battlefield Earth (2000). Despite promoting it as science fiction, the movie got a negative reception because of its connection with Scientology. John Travolta, the film initiator and producer, puffed up the budget to $75 million. [7] The film was a commercial disaster, in part because there are only 55,000 people who consider Scientology as their religion in United States. [8]
Bad script or adaptation, historical inaccuracies, poor performance and bad acting often provoke negative reviews. Bad reviews on websites like Rotten Tomatoes can ruin the first weekend revenue that defines a film’s success.

Along with the list of Movies with Lowest Budgets to Earn $1 Million at US Box Office, the successful genres for low-budget films are Comedy, Horror, Thriller, Drama and Documentary. These genres require less expensive production.
The Blair Witch Project (1999) is the most profitable low-budget horror film made for only $35,000. Artisan acquired the film for $1.1 million and spent $25 million to market it. The film’s total gross is $248 million. The success of The Blair Witch Project is a result of very original idea – a fake documentary about three filmmakers disappeared in the woods. The film is made of their recovered video. [9]

Robert Rodriguez succeeded to make his first action film El Mariachi (1992) for only $7,000. In view of lack of equipment, money for stunt work and machine gun fire, Rodriguez found creative ways to make it look good. The movie won the Audience Award at the Sundance Film Festival in 1992. Columbia Pictures acquired the worldwide distribution rights to El Mariachi, which was so well received that they financed the second and third partDesperado and Once Upon a Time in Mexico. Today El Mariachi total gross is over 2 million dollars. [10]
Super Size Me (2004) is one of the highest grossing documentaries. It's based on experiment that independent filmmaker Morgan Spurlock did using himself. He consumed food and drinks exclusively from McDonald's for 30 days. The documentary shows how it affected his health. Super Size Me provoked huge debate about fast food all over the world and grossed over $29 million. [11]

No matter how great your film idea seems to you, try to be objective about its potential box office revenue. Make a research. Compare your idea to existing films which have similar genre, script and target audience. How many of them succeed? What aspects made them popular – original story, cast, famous director or maybe perfect timing for release? Based on this information, try to find out a reasonable budget for your movie. 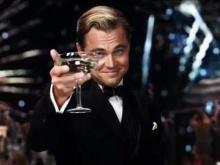